It’s hard to stop the motion of cancer cells. To date, all cancer treatments aim to try to stop cell migration early before metastasis starts. These approaches have not tried to stop the cells from moving after metastasis begins. Until now.

Associate Professor of Physics Bo Sun had a breakthrough discovery that moved us closer to making more effective metastatic cancer treatments a reality with tremendous social impact. He and his collaborators are working to uncover the causes and consequences of cancer cell migration phenotype plasticity that contribute critically to the process of cancer metastasis.

It is like a cell is traveling from China to Peru. We can now predict that path. We want to stop it there. We don’t want it going someplace else and metastasize.

Testing breast cancer cells, Sun and his collaborators determined that cancer cells can easily transition from different migration phenotypes via multiple pathways. “They can essentially ‘speak all languages’, “said Sun. Using a combination of machine learning and microscopy, they can predict the movement of cancer cells. The researchers were able to track the migrating cells using microscopy and classify the cancer cells to anticipate a cell’s next move, thanks to machine learning, which used 60 different parameters to anticipate a cell’s next move. 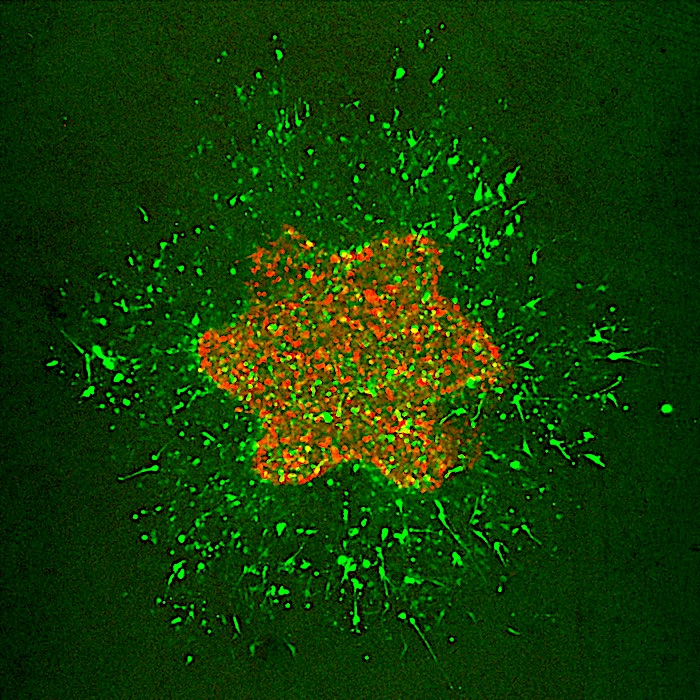 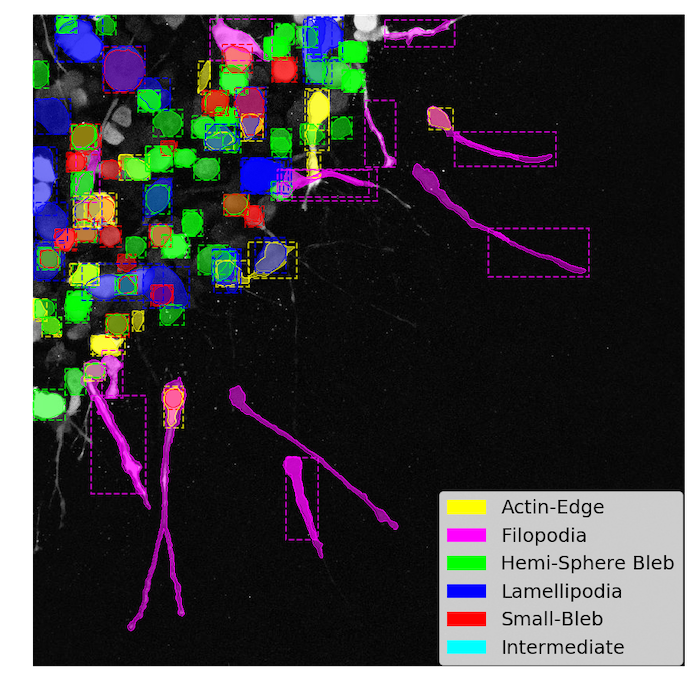 This shows a section of an invading breast tumor. The colors represent automatically detected and classified single cells using software that Sun and his team developed.

As recent as 2008, scientists discovered that cancer cells follow six modes of invasion. In his study, Sun observed five of them in breast cancer cells. A single cell can make all five modes. The sixth one, the nuclear piston model, is the most elusive. Sun and his team searched for a hub of activity where cells were transitioning in order to stabilize or block it in order to inhibit its movement and ensure it traveled on the same predictable path.

“Now we understand which language the cells are speaking,” said Sun, a theoretical physicist by training who recently refocused his research toward biophysics, a rare and formidable feat. If scientists can inhibit a cell’s path and switch it into another migration phenotype, he explains, they can stop the cells from metastasizing. Cancer metastasis accounts for 90% of cancer deaths.

Sun and team looked for phenotype hubs where cells were transitioning in order to stabilize it and inhibit its movement.

“It is like a cell is traveling from China to Peru. We can now predict that path. We want to stop it there. We don’t want it going someplace else and metastasize.”

Sun is collaborating with researchers from Oregon State University’s College of Engineering, Arizona State, University of California, San Diego, and Northeastern University. Their work is supported by a SciRIS Award, the College’s Science Research and Innovation Seed program supported in part by generous alumni and friends, and grants from the U.S. Department of Defense and the National Institutes of Health.