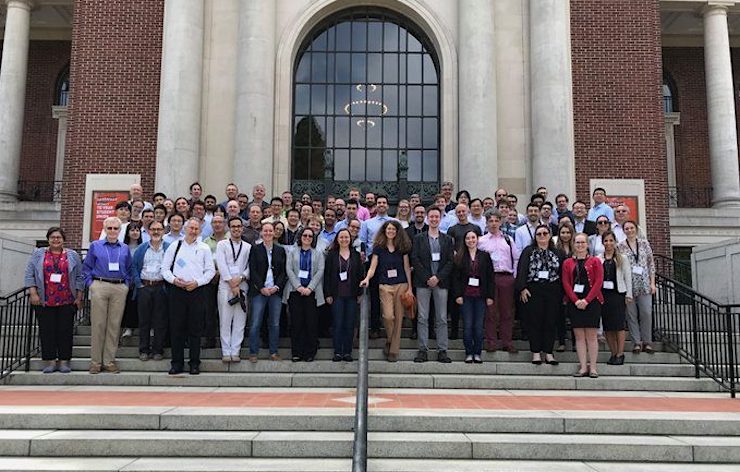 Professor of Chemistry and conference chair May Nyman and her team of graduate students organized and hosted the 6th International Frontiers in Metal Oxide Cluster Science Meeting (FMOCS-VI) on August 19-22, 2019. Two years in the making, the conference attracted 84 attendees from around the world to OSU’s Corvallis campus, including 55 established science researchers and 25 top young researchers from Asia, Australia, Europe and Israel, in addition to the United States.

The conference featured 53 presentations and a poster session with best poster awards gong to Heather Anne Damian from the University of Nottingham, UK; Danielle Hutchison from OSU, and Mireia Segado-Cantellas from ICIQ Tarragona, Spain.

“It was a fantastic professional development opportunity for my students and other OSU students involved in this research. We broke into teams and accomplished tasks ranging from designing the website and SWAG, soliciting and collecting abstracts, special events planning, working with the university on food, lodging and event space and raising funds,” said Nyman. “Moreover, the students met collaborators, forged new collaborations, and met potential future employers. At least one student walked away from the event with a job offer.”

“Moreover, the students met collaborators, forged new collaborations, and met potential future employers. At least one student walked away from the event with a job offer.”

Conference participants took a field trip to the experience the Oregon Coast Aquarium and Rogue Brewery in Newport, Oregon. Attendees enjoyed some of Oregon’s finest wines at a conference dinner held at Tyee Winery in Corvallis. 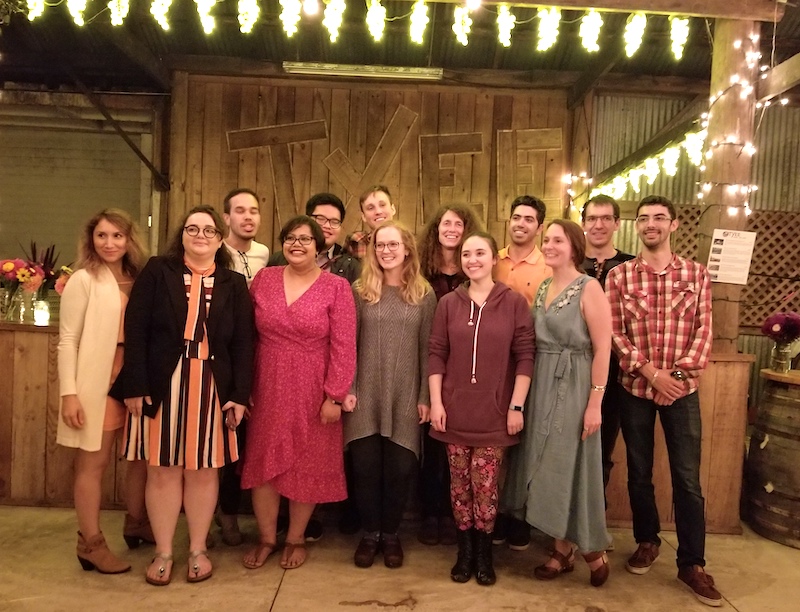 “I wanted the meeting in Corvallis instead of a more convenient and exciting place such as Portland because we could share a small piece of our beautiful small town life with the community,” said Nyman.

The attendees commented on the long journey from their corner of the world that culminated with the 2-hour shuttle ride from the Portland airport, but they emphatically stated that it was well worth it. Attendees enjoyed the easy comradery and the natural beauty of the OSU campus.

“It was also good to bring the business to OSU and the community,” added Nyman.

Just what is a metal oxide cluster?

It is a molecule that contains metals and oxygen, and it can do many, many things, explained Nyman. Some of the highlights of the meeting included presentations on metal oxide clusters that collect, carry and release electrons in flow batteries; clusters that crystallize biomolecules and unlock the secrets of life functions; clusters that are the building blocks for computer chips; clusters that help us understand how plutonium is spread in the environment; and clusters that can produce energy in from simply splitting water molecules.

Nyman’s Lab synthesizes and characterizes aqueous metal-oxo clusters from across the periodic table. Nyman and her team are currently using their clusters for the following applications: 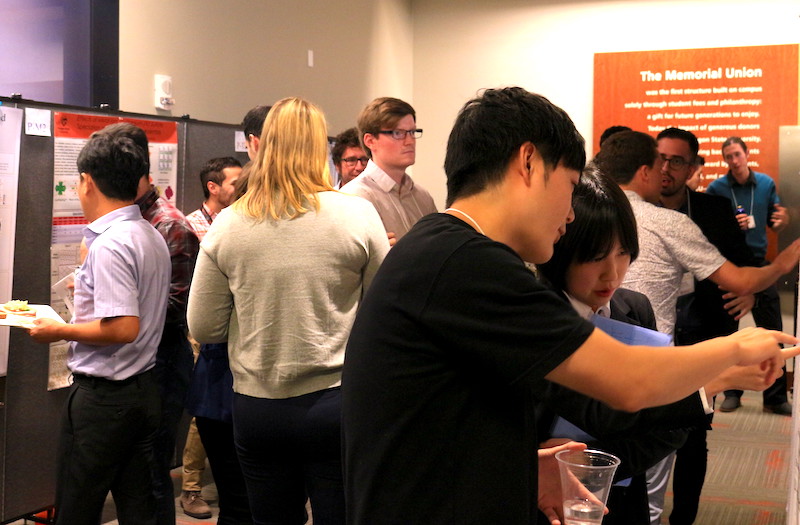 Speakers ranged from early career to distinguished scientists from renowned institutions, including:

categories: Chemistry, Faculty and Staff, Materials Science | Comments Off on International chemistry conference brings more than 80 scientists from around the world to OSU