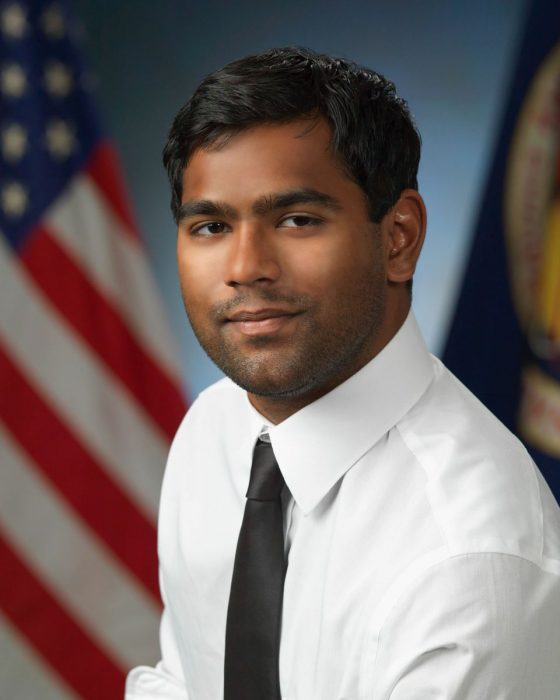 Two College of Science graduate students were among this year’s recipients of a prestigious NASA fellowship that funds student research projects in the fields of Earth and planetary sciences and astrophysics.

The Future Investigators in NASA Earth and Space Science and Technology (FINESST) grants provides $45,000 annually for up to three years for contributions toward reaching science, technology and exploration goals. NASA awarded about 120 fellowships for the 2019 FINESST program, drawing from a pool of nearly 1,000 applicants.

Physics graduate student Tyler Parsotan was awarded the FINESST award in the extremely competitive astrophysics category. His proposal, titled “Demystifying the interplay between Explosion Dynamics and Electromagnetic Radiation in Gamma Ray Bursts,” was one of the 11 percent of selected proposals in this category.

Parsotan, a fourth year graduate student, works with astrophysicist Davide Lazzati on understanding the most powerful explosions in the universe known as gamma-ray bursts. These events are so energetic that in the first few seconds of the explosion, they release more energy than our sun will emit in its entire lifetime. Understanding these events helps scientists develop a better understanding on how matter behaves in extreme conditions, which may eventually lead to using these gamma-ray bursts as tools that can uncover new cosmological truths.

“I hope that others—especially first-generation students—can identify with some of the hardships that I’ve experienced and take inspiration from the fact that working hard can lead to success no matter how impossible it may seem at the time,” Parsotan says.

Originally from New York, Parsotan is a first-generation student whose family is from Trinidad and Tobago. Besides working on his research project, Parsotan is the president and co-founder of the OSU astronomy Club. Parsotan, with the help of many other undergraduate and graduate students, has hosted the Astronomy Open House events where members of the public are invited to Weniger Hall – the home of the Department of Physics— to learn about astronomy through interactive demos and rooftop observations.

“This fellowship is a testament to the great science that goes on in the physics department here,” Parson says. “I hope that others—especially first-generation students—can identify with some of the hardships that I’ve experienced and take inspiration from the fact that working hard can lead to success no matter how impossible it may seem at the time.” 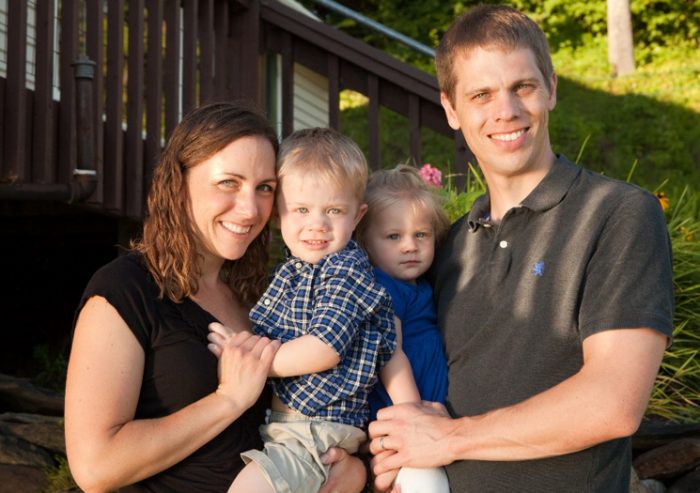 Robert “Jake” Jacobs, also a graduate student in the physics department, was awarded a NASA FINESST award this year in the competitive Earth Science division. With his award, he is developing a method to analyze latitudinal circulation utilizing satellite measurements of ocean surface vector winds measured by the QuickSCAT and ASCAT scatterometers.

His research aims to improve understanding of climatological atmospheric circulation patterns and how surface winds in the tropical Pacific influence El Niño-Southern Oscillation events. Latitudinal circulation plays an important role in weather and climate variability as it shapes where precipitation falls and how heat moves from the equator to polar regions. Improved accuracy of the boundaries between large-scale atmospheric cells can advance our understanding of climate and weather models.

Jacobs is working with Larry O’Neill, who specializes in the physics of oceans and atmospheres in the College of Earth, Ocean, and Atmospheric Sciences.

“We’re very proud of Jake and Tyler for earning these extremely competitive fellowships,” said Heidi Schellman, head of the Department of Physics.

The FINESST fellowship used to be called the NASA Earth and Space Science Fellowship and was renamed in 2019.