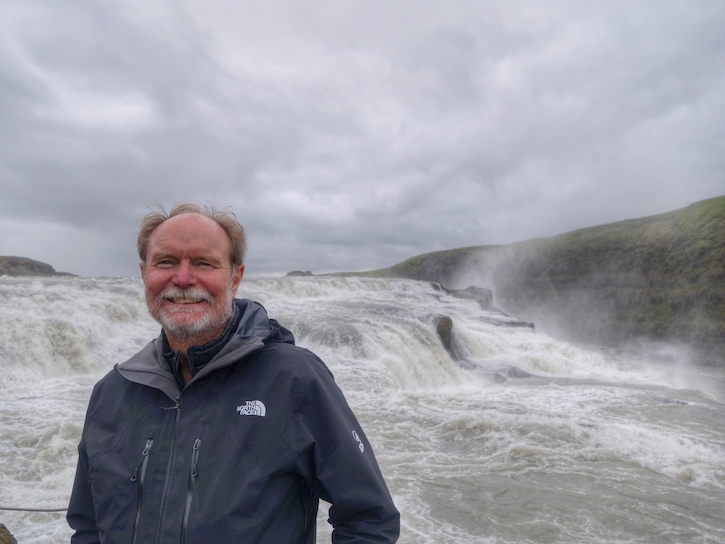 In the years before he bought grapes and a redwood fermenter, the humble beginnings of what became world-famous Ravenswood Winery, Joel Peterson (Microbiology ’69) was a pre-med student, ambulance driver, backpack traveler in Europe, research immunologist and clinical laboratory scientist. Given these twists and turns in his own history, Peterson well understands the vital role that exposure to a diverse range of professional experiences can play for undergraduates searching for their true passion as well as a viable career.

Hoping to help science students find their calling earlier than he did, Peterson began generously funding discipline-related travel grants for undergraduates majoring in microbiology and biochemistry. The grants enable students to take advantage of professional opportunities, such as participating in a conference or workshop, presenting their research in a collegial setting, or pursuing a distant internship or other training opportunity.

“One thing that struck me when I started going to professional immunology conferences while working as research scientist at a cardiovascular lab,” Peterson explained, “was that up until that point I didn’t really know, despite an excellent undergraduate education, what microbiologists and immunologists did beyond the classroom on a day-to-day basis, what they were like as people and where the advanced thinking in the field was headed. 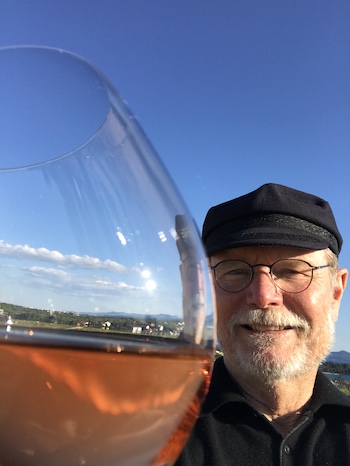 “I created the travel funds so that undergraduate majors in microbiology and biochemistry and biophysics could get a better understanding early on of where research in their field is headed and meet working scientists in the field, see what they’re like and how they behave. Science is as much about the people as anything. I wanted students to have access to the same insights I had so that they could make more strategic decisions about their own future.”

Peterson’s own path had many course changes early on. As an undergraduate at Oregon State in the late 1960s, he anticipated being drafted for the Vietnam war and preferred to “go as a doctor, not as a gun-carrier,” so he spent his first three years on a pre-med path. But then, to his surprise, he was granted a deferment his junior year. junior year. Thanks to the hours he’d spent in a student job working alongside deeply engaged microbiologists in the media lab — in those days everyone had to make their own culture mediums, so there was a lot of hands-on prep work — he dropped pre-med and switched to microbiology.

Working side by side with scientists may have felt familiar to Peterson, who was raised by two chemists, a mother who was a nuclear chemist and worked on the Manhattan Project and a father who specialized in high-temperature lubricants used in industrial machinery. Taking a scientific approach to almost everything permeated his childhood. His mother couldn’t scramble eggs without discussing heat and denatured proteins (“To this day I make a mean scrambled egg,” says Peterson). His father loved to take cars apart in the backyard and put them back together again. When asked what religion she was, his mother typically answered “Darwinian.”

Peterson’s parents, who bought their first bottle of wine in 1952, were also engaged early on in the burgeoning California Bay Area food and wine scene — a bonanza which they treated somewhat like a vast science experiment. They annotated and documented every bottle that came through the house, taught Peterson, at age 10, the art of professional wine tasting (using a taste-and-spit, no-swallow approach) and involved him in twice-weekly gatherings of what became the San Francisco Vintners Club. Conversations over the dinner table revolved around food and wine on a scientific axis, the microbiology of fermentation and the chemistry of smell, taste and texture.

Looking back, Peterson said it seemed almost inevitable that the various threads of his life — microbiology, chemistry and wine, combined with a love for hands-on work and being around people who are passionate about what they do — would come together. In 1976 he was long-haired and living in Berkeley, enjoying the “gourmet ghetto” food and wine scene, commuting to San Francisco to work 9-5 at the Harold Brunn Institute as a research immunologist, and helping out on vacations and weekends at his friend Joseph Swan’s Sonoma County winery. One day all of these elements came together and Peterson realized “that winemaking combined all of the things that I was interested in — the perfect fusion.” He took a leap and “with no grapes and no money,” invested in grapes and a redwood fermenter. And because he knew he’d make no income as a vintner for several years (if ever), he kept his day job – but switched it to a night job, working at the Sonoma Valley Hospital clinical laboratory on nights and weekends so he’d be free to focus on his winery during the day.

The rest of Peterson’s story is well-documented. Ravenswood Wines grew from a small unknown winery producing 327 cases of Zinfandel to a respected, million-case-per year winery that was acquired by Constellation Brands U.S. in 2001 for $148 million, with Peterson retaining the title of winemaker and gaining a new one, Senior Vice President in Constellation wines. At one time, one of every five bottles of Zinfandel sold round the world was a Ravenswood bottle. Among many accolades and awards, Peterson was inducted into the Vintners Hall of Fame in 2011 and in 2014 voted as one of the “20 most admired winemakers in North America” by Vineyard and Winery Management magazine. Most recently, he was awarded a lifetime achievement award from the California State Fair. The College of Science granted Peterson its first-ever Distinguished Alumni Achievement Award in 2013.

Peterson is grateful for the four years he spent at Oregon State, which he found “grounding” and which helped put him into “more of an academic mindset” after high school in Richmond, California, in “a school system on the edge of going under.” Oregon State “felt like a real college, a good place that made you want to do good things.” Peterson also enjoyed being on the crew team and served as captain his senior year. He also enjoyed being the head house boy at the Chi Omega house.

Peterson is thankful to the Department of Microbiology for an education that allowed him to pay the bills as a research immunologist while pursuing his passion as a vintner – and for infusing him with more than enough scientific know-how to handle fermentation, the basic organic chemistry of how to keep yeast viable and happy.

Giving back to the College of Science is one of Peterson’s passions. In addition to his generous donations supporting microbiology undergraduates’ travel to national conferences and the Joel Peterson Travel Award in biochemistry and biophysics, Peterson has contributed his time and service as a member of the College of Science Board of Advisors since 2015. As a board member, he has enjoyed bringing his business and entrepreneurial background to bear in helping the College figure out how to monetize more of its activity given the prevalent fiscal belt-tightening in higher education. He also is a strong proponent of diversity and ensuring that all science students have an equal chance at success.

One of the bright spots of Peterson’s support of and engagement with the College of Science is hearing from and meeting science students, whose “enthusiasm and idealism” make him “feel like I’m doing something worthwhile.” He advises all students to “work your a## off, learn as much as you can and understand that you’re in a world that doesn’t necessarily believe in science, but you’re one of the few people who can make a huge difference.”

Peterson’s latest project is Once & Future Wine, where he focuses on making small production handcrafted single vineyard wines and resurrecting his old redwood fermenters that honor the distinctive typicity of site. He lives in Sonoma, California, is married to Madeleine Deininger and has three amazing and talented children ranging in ages from 21 to 49. His son, Morgan Twain-Peterson, followed his father’s lead and founded Bedrock Wine Company, which has become another highly successful California Zinfandel and Heritage wine producer. Morgan also earned the distinction of becoming the only California winemaker Master of Wine in 2016.

categories: Alumni and Friends, Microbiology | Comments Off on Alumnus and founder of Ravenswood winery supports early professional exposure for students