If, as the prevailing wisdom goes, a four-year college degree should prepare students for the next 40 years of working life, and for a future that few of us can imagine, then Patrick Franklin’s (’89) undergraduate mathematics degree has paid off handsomely. Patrick’s Oregon State mathematics education gave him several foundational capacities that have helped him adapt and thrive in some of the most competitive and iconic work places in America: Intel, Microsoft, Amazon, Google and General Electric.

Patrick’s time as an undergraduate student in the mathematics department was a “very positive experience.” He was mentored by John Lee, emeritus professor of mathematics. “Studying mathematics set me up for success,” Patrick observed.

One of Patrick’s pet dinner table conversation themes is comparing a mathematics degree to a degree in computer science. The latter can teach you about algorithms, data structures and the mechanics of coding, he says. But a degree in math taught him “how to think deeper and much more critically and helped me learn a more analytical and thoughtful way to approach things.”

“I wasn’t the strongest student in class. But I learned a lot. For me, the grades were secondary to the knowledge I obtained.” — Patrick Franklin

Math courses taught him what to code, as well as how to approach and break down a problem, and how to prove things. Learning mathematics made it easy for him to transfer his skills to other fields. “I became instantly a software person with my first job at Intel,” said Patrick. 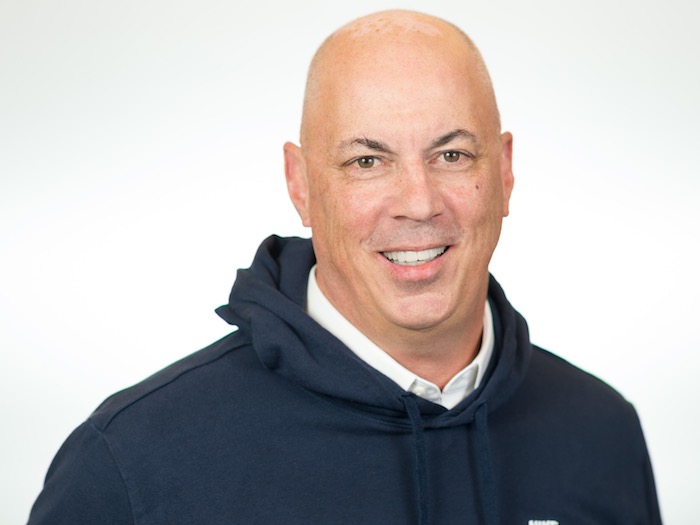 At OSU, he studied probability, statistics and other “fun mathematical stuff” with former math professor Robby Robson and took a pivotal multi-variable class with John Lee.

Patrick studied mathematics for the simple reason that he loved the subject. At first, he wanted to major in electrical engineering, unsure how to use a mathematics degree to procure a job. But he was dissuaded from doing so. “My wife kept saying, ‘You love math. Why don’t you just stay with math.’”

Patrick came to OSU as a married, 21-year-old undergraduate student after two years in a community college. Raised in Tacoma, Washington, Patrick’s life is an inspiring model of turning failure into success. After failing high school, Franklin enrolled in community college and earned a high school diploma, before joining OSU and turning a chapter in his life. “I wasn’t the strongest student in class. But I learned a lot. For me, the grades were secondary to the knowledge I obtained.”

He absorbed lessons from his academic experiences that he applies to his professional and personal life even today. “I have never asked somebody for their GPA when I interview them. I like to know how they solve problems. After 5 to 7 years of job experience, it just doesn’t matter.”

Patrick put himself through college without much guidance or financial support from his parents. That has given him a richer perspective on the things that matter in the long run and how one may overcome personal struggles. “I think it is important that students have a responsibility for their own education. It’s not an interruption to your studies if you have to take an extra year to get to school because you have to work. Graduating without student loans or debt is more important.”

Taking the lead with technology

At his first job at Intel, which he joined in 1989, Patrick made a path-breaking contribution. He was a founding member of the P6 microprocessor that we know today as Pentium II. Franklin was instrumental in creating the PC’s microprocessor that is the basis of the microprocessor architecture in Pentium II. He was one of only 7 VLSI architects on the project and was responsible for the retirement logic, the performance monitoring hooks as well as the silicon and user debug hooks.

“The system transformation was not as much of a software exercise as it was a puzzle or logic or design problem. That’s what math teaches you. I don’t think you can get that in other disciplines.”

“We built it and it has become the way computing works today. Intel was a great place to get my engineering chops as a mathematician,” noted Patrick. After Intel, he joined Microsoft as a software developer and architect and led the Advanced Configuration and Power Interface (ACPI) initiative that brought reliable plug-n-play and power management to Windows 2000. He was the co-inventor of hibernate — a mode whereby the PC saves all the open programs and data and uses much less power than the sleep mode.

One of his greatest professional achievements came at Amazon, which he joined in 2007 to lead its retail catalog that manages the lifecycle for the products Amazon buys and sells on its website. He was in charge of scalability for the retail systems teams and greatly enjoyed the challenges of large-scale systems. There he led the Amazon Fresh Engineering Team and was the CTO for Amazon consumables.

In 2007, Amazon was a smaller company with a $10 billion market cap. Patrick made positive changes to the retail systems. “The system transformation was not as much of a software exercise as it was a puzzle or logic or design problem. How are going to solve this problem that has lots and lots of complexity in a way that reduces complexity and increases the likelihood of success?” Patrick found his answers in mathematics. “That’s what math teaches you. I don’t think you can get that in other disciplines.”

Patrick has a message for students: “Don’t worry so much about grades. Make sure you understand the material. Make sure you are learning. Learn the fundamentals well because everything builds from the fundamentals.” Patrick’s career is certainly a great example of the latter. His professional life mirrors the arc of technological transformations in our society. He moved up from working on a processor at Intel to e-commerce in the age of the internet.

Patrick has two adult sons who have inherited his love for computers and technology. One works in machine learning and the other is a React (a java script programming language) developer. As a member of the College of Science Board of Advisors, Patrick cherishes the opportunity to deepen his ties to his alma mater.